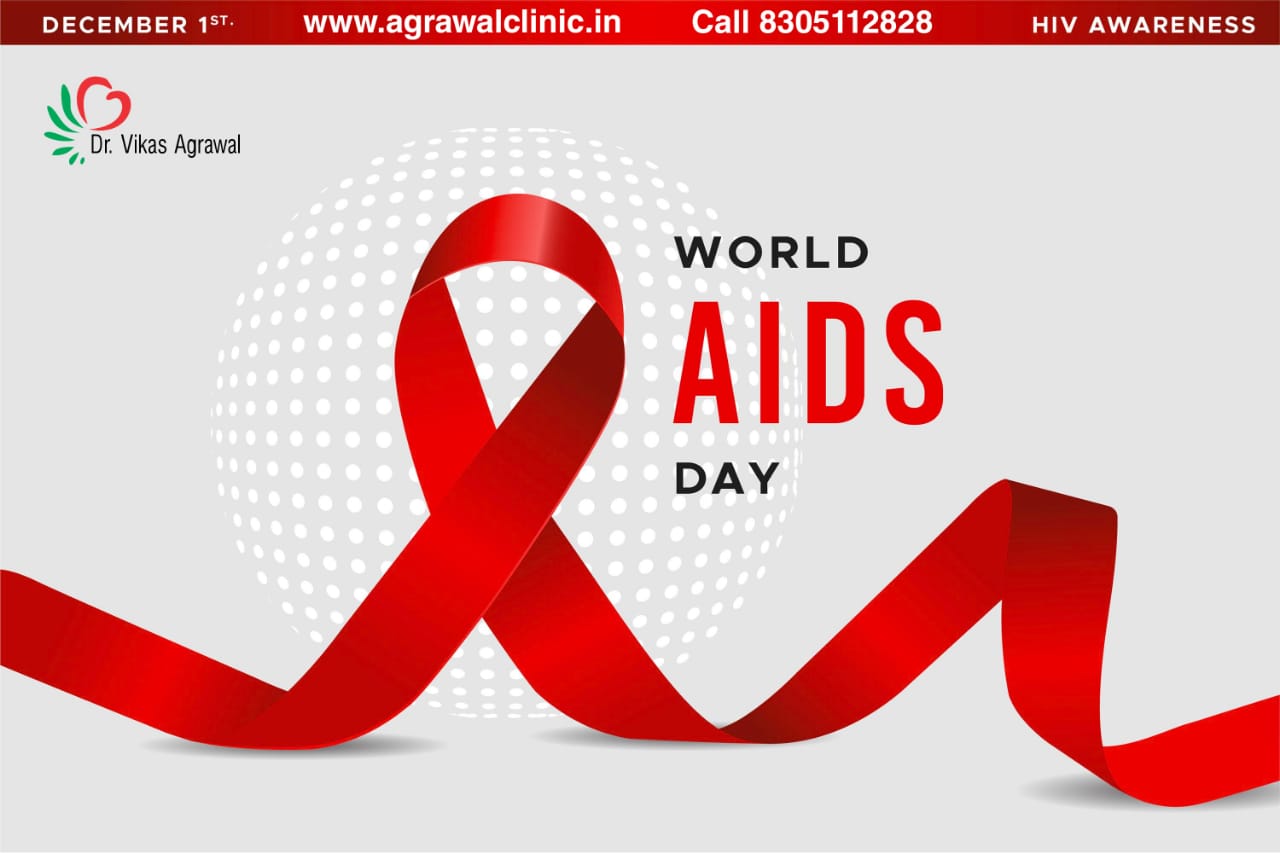 AIDS (Acquired Immune deficiency syndrome) is a disease caused by a virus called HIV. HIV stands for Human Immunodeficiency Virus. HIV infection is a serious condition in the world today. World Health Organization (WHO) has considered AIDS as Pandemic (epidemic across the very large region) disease.

As the name suggests, the HIV virus leads to the deficiency of immunity in humans. That, in turn, leads to a range of disease conditions, primarily due to seriously impaired immunity due to the invasion of the virus. AIDS leads to a decrease in the body's self-healing mechanism and many opportunistic infections like Tuberculosis, Pneumonia, fungal infection; diarrhea, etc. affect the body.

The incidence of HIV:

About the HIV virus:

The causative organism of AIDS is the HIV virus, which was discovered in 1982 by two scientists Robert Gallo and Luc Montagnier, individually. This virus was found in some gay individuals who suffered from the then-unknown infection. HIV virus is believed to have come from chimpanzees. There are two types of HIV virus, simply called HIV type I and HIV type II. Type I is the most common.

HIV-1 is more dangerous and more infective and is the cause of the majority of HIV infections globally. HIV-2 is known to infect about 5% of all HIV infections., more common in West African countries.

Infected syringes by doctors, nurses, drug-addicts, tattooing, etc. form another major source of infection. HIV is largely a sexually transmitted disease. It must be noted that HIV does not spread by a touch of healthy skin to healthy skin. Following are the modes of transmission of HIV

Once a person is infected with HIV, the virus is present both as free virus and virus within infected body cells. In simple words, the HIV virus attacks white blood cells, called CD4 cells. White blood cells are fighter cells. As a result, CD4 cells get destroyed and reduce in number, which leads to collapse of immune or defense mechanism. As the number of CD4 cells keeps reducing, the patient continues getting prone to various infections such as colds, chest infections, tuberculosis, diarrhea, typhoid, viral fevers, and many other conditions (diseases) like psoriasis, arthritis, weight loss, tumors, and even cancer.

Every person infected with the HIV virus is not labeled as a case of AIDS. Time taken for the appearance of AIDS symptoms varies from patient to patient and it depends upon patient’s immunity, number of viral episodes, and environmental factors.

Most of the patients may develop AIDS within 10 years of HIV infection. While few of them may progress much sooner, and some will take much longer. Treatment of HIV infected patients with anti-retroviral may increase life expectancy.

Following infection with HIV a period of rapid viral multiplication ensues, leading to an abundance of virus in the blood. There can be millions of viruses per milliliter of blood during this primary infection. HIV then brings internal changes in RNA and DNA and gets integrated within. As a result of these changes, the immune system is not able to detect the virus inside the body and simultaneously virus keep on destroying cells responsible for immunity.

HIV infection may remain silent and without any symptoms for days or months.

It is observed that a few patients may show early symptoms once they get infected with HIV. Following early symptoms may be misdiagnosed as influenza.

These symptoms are often considered as a common viral infection and not HIV infection. The patient is much more infectious during this period and recognizing the syndrome can be important.

HIV continuously evolves and develops resistance to the newer treatment. With no treatment, the expectancy of life after HIV infection is seen to be 9 to 11 years. Estimates of survival time are likely to continue to change. After an individual has developed AIDS, without treatment life expectancy is estimated to be one year; however, there can be variations.

Most of the HIV positive patients die from other opportunistic infections or cancerous conditions because of immune-deficient state.

There is no vaccine yet available to prevent HIV infection.

Conventional treatment with Antiretroviral Therapy (ART) is recommended for every case if AIDS when the CD4 count becomes less than 350. ART reduces deaths and also prevents fresh infections.ART does not offer a cure for AIDS or the HIV infection, it helps to control the disease and protects against the complications.

Homeopathy does not offer a cure for AIDS. However, several studies including one from CCRH (Central Council for Research in Homeopathy, Govt. of India), have shown some supportive role of homeopathic medicines for HIV patients, whereby, patients achieve not only symptomatic relief but also reduced frequency of opportunistic infections, improvement in appetite, increase in weight, improved sense of well being, etc. At Life Force, we have taken up some study with HIV/AIDS patients, as a part of our Clinical Research and Clinical trial projects. The results are encouraging.

At Life Force, in a scientific clinical trial, we have documented an increase in the CD4 count in several patients, after using homeopathic medicines. More research is required. Homeopathy is recommended as supporting line of therapy for all HIV patients.